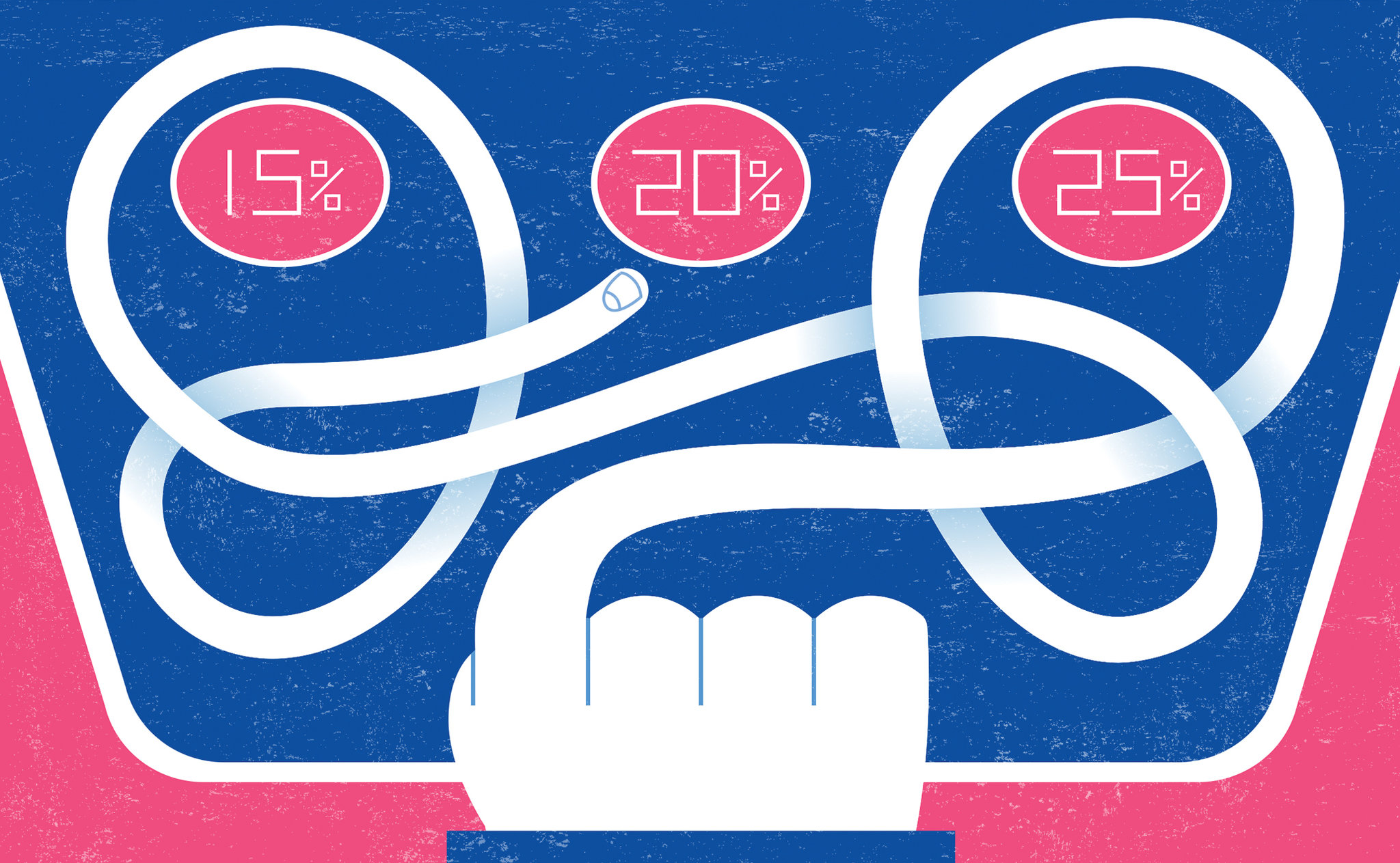 Posted at 10:53h in Uncategorized by Dave Seminara
Share 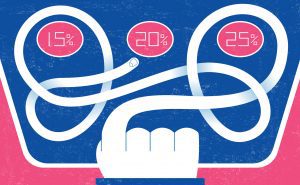 Am I the only one who is fed up with our tipping culture? According to The New York Times, tipping has been a part of our culture since the nation was founded. Apparently Thomas Jefferson and George Washington even tipped their slaves.

We’ve had tip jars and other ways to leave tips for decades, but now there is the scourge of touch screen tipping—something that the founding fathers never had to endure. Before I proceed, let me state unequivocally that I’m a good tipper and, YES! I know that people who work in the service industry are underpaid. My general philosophy is that I don’t mind tipping generously in order to help these folks make a living.

But we’ve gotten to the point where service industry employees seem to expect the same 15-20% tip you’d give for table service at a restaurant when you’re ordering food from a cart or buying an item at a bakery, coffee shop or fast food restaurant. I’d like to use businesses I patronize here in Bend, Oregon as an example. Bakery #1 has a touch screen cash register. If your bill is high enough, it offers you five options when you pay: 15% tip, 20% tip, 25% tip, custom tip or no tip. But when I buy items that add up to les than $10, like one of their $3.95 pastries, for example, it doesn’t offer percentage tips as an option. Instead, the screen suggests you tip $1, $2, or $3, obviously because they don’t think a 59 cent (15%) or 79 cent (20%) tip is enough.

I’m not a math major, but my calculator tells me that these suggestions equate to a 25% ($1), 50% ($2), or 76% ($3) tip! Again, not to denigrate the fine people who make and serve these tasty pastries, but all they are doing is handing me the thing in a bag as I stand at the cash register. Why is that service worthy of a tip ranging between 25 and 76 percent? Some call this “tip creep” but I prefer the term “guilt tipping.”

I patronize this bakery a couple times per week and there’s always a line. I often try to peek at what the people in front of me are tipping, and I can tell you that almost everyone uses one of the ready-made tip suggestions. This sets the expectation that you’ll do the same, and, perhaps I’m a little paranoid, but on occasions when I leave a custom tip that is below the suggestions, I feel like I’m being judged harshly. A few times, I’ve even detected a hint of sarcasm in how the cashier thanks me if I use a custom tip below the suggestions.

Bakery #2 doesn’t have touch screen tipping but they do have a tip jar and, since I always pay by credit card, there is a tip line when I sign for it. At this bakery, I get nothing more than loafs of bread. I always tip a dollar but the other day, I was thinking—I don’t tip when I buy a loaf of bread at the store, so whey should I tip a dollar for a loaf of bread here? Is the person who works at the bakery more poorly compensated than someone who works at a supermarket? I doubt it.

Food carts in Oregon are just as bad. Many set their prices just like they’re a legit restaurant, even if they have no seating. I don’t get it. I’m standing in line to order food that I have to eat standing up and I’m supposed to pay the same price I’d pay while seated in a restaurant? And then they give you the touch screen tip workover, suggesting you tip as though you’re getting table service. It makes me wonder—if I’m supposed to tip 15-25% at a food cart, coffee shop or bakery, how much are we supposed to tip for table service in a restaurant? 30%? 40% 50%?

Our tipping norms no longer make any sense to me. I get the general principal—people who work in the service industry don’t make much, so we should tip. Fine. But journalists don’t make much either, and no one tips me when they read what I write. Perhaps instead of offering readers the chance to leave (often ignorant) comments beneath our stories, we should give readers the opportunity to tip us if they like what they’ve read? How about it folks, please tip your local journalist! (And make sure it’s at least 20% you cheapskates!)