My son James is only 4 but he’s already smart enough to know that he doesn’t want to work for a living. His preschool is hosting a career dress up day this week where the students are supposed to dress up like a person working in the job they’d like to perform when they grow up. James told his teacher he wanted to be Batman for his career but she was looking for something a bit more practical. 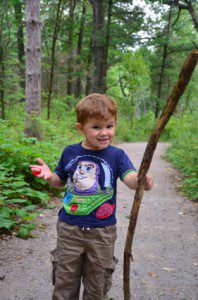 On our way to Trader Joe’s the other day, James told me, “Dad, I don’t want to be anything when I grow up.” My wife later explained that he didn’t like any of the job possibilities- teacher, cop, fireman, soldier, doctor, etc- that his teacher gave him.

“So what job would you prefer? I asked him.

“So how will you get money?” I asked, just to see what he’d say.

I suppose that having kids dress up like workers is harmless but I’m not sure I see the point. How does one dress up like a software salesperson or an accountant or an I.T. consultant anyway? Very few of us have cool uniforms these days and I’m not sure kids want to dress up like they work at Arby’s or KFC.

My wife discovered on parent-teacher night at the school that some of the kindergarten parents (James’s older brother, Leo, attends the school’s kindergarten) are already stressing about how well the curriculum will prepare them for the “real world.” I’m not ready to declare that careerism has crept into my son’s preschool but I’m glad he wants to be Batman when he grows up and isn’t prepared to be haggled down to something more practical.