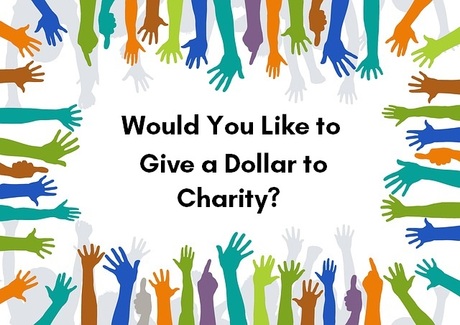 08 May Would You Like to Donate $1 to the Disabled Tennis Players of Uzbekistan Foundation? Checkout Charity is Getting Out of Control

Posted at 11:04h in Uncategorized by Dave Seminara
Share 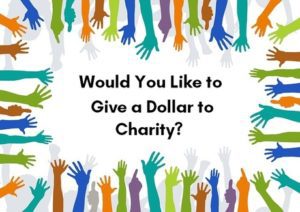 “Would you like to donate a dollar to the Buy Xboxes for Children in Timbuktu Foundation?” asked the cashier at a local supermarket.

“Thank you,” she said, a hint of sarcasm in her voice.

Okay, so I’m lying about the name of the charity. The cashier said it so fast that I didn’t even catch the full name of it. But she really did give me a sarcastic “thank you” when I declined to contribute to what sounded like a pretty obscure charity that I’ve never heard of. I had popped into this grocery store to buy a $1.99 cookie, not to contribute to an unknown charity. I had already been to Walmart earlier in the day, where I did contribute to $1 to something or other, and the day before I had contributed a buck to God-knows-what at Whole Foods.

I know that these appeals can help people, in some cases. And they are certainly effective.  In 2016, more than $441 million was raised in the U.S. in these kinds of appeals, according to America’s Charity Checkout Champions report. But the Better Business Bureau and other consumer advocates caution that consumers should “do their homework” before donating. How the hell are we supposed to “do homework” on charities while we’re paying for groceries, usually with other impatient shoppers behind us in line?

Here’s what I don’t like about checkout charity requests.