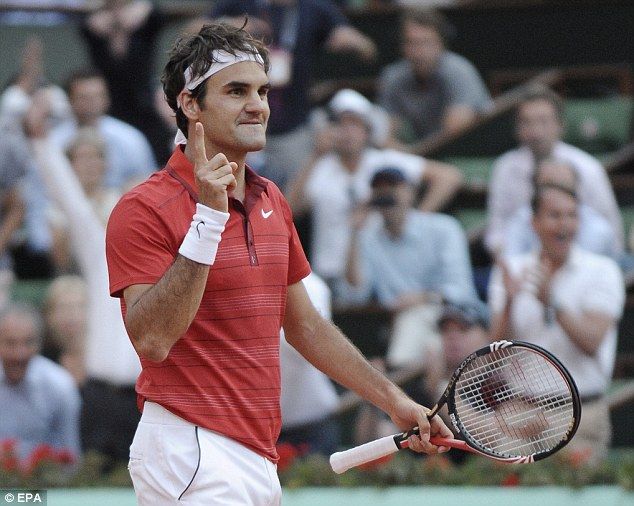 05 Jun Twin Travesties: NBC Relegates Roger Federer to Peacock Streaming & Roland Garros Puts Him on in Front of No Fans!

Posted at 14:51h in Uncategorized by Dave Seminara
Share

I have subscriptions to Direct TV’s highest tier of programming with hundreds of packages. I have a subscription to Tennis TV. And I get Tennis Channel and have a subscription to Tennis Channel Plus. Please don’t tell my wife, but I spend a mother fricking fortune each year for the privilege of watching tennis on TV. (If there are any children reading this post, please stop NOW because this post will contain some foul language.) But all that money spent and passwords remembered did me didley squat today when it came time to watch my favorite player, Roger Federer, in action at Roland Garros.

Would you believe that my favorite sport would put Roger Federer on at night (Paris time) when no fans would be able to watch the match live and it would be relegated to Peacock, NBC’s streaming service? (If there are any children reading this post, please stop NOW because this post will contain some foul language.) In the immortal words of John McEnroe, “You cannot be serious!”

Since I’m a Federer super-fan—please read my book, Footsteps of Federer: A Fan’s Pilgrimage Across 7 Swiss Cantons in 10 Acts if you need proof—I dutifully downloaded the Peacock app to my TV. I saw a reassuring message about free trials and no credit card required, so I hoped that perhaps I could stream the match using my Direct TV login credentials. But alas, this wasn’t the case. The greedy bastards over at NBC want $4.99 per month for their garbage streaming service—as if I really need another one—and there’s no pay-per-view option available.

There is a 7-day cancellation policy, and you better believe that I will be cancelling this insidious thing as soon as this tournament is over. But I fear this isn’t going to be the last time I’m going to need this horseshit Peacock nonsense. NBC wants to milk every drop of revenue they can, so I’m not surprised they’re doing this. But what the hell are the Grand Slams and the ATP thinking allowing networks to bleed their fans dry with so damn many contracts, each requiring different subscriptions?

Even John McEnroe, calling the match on Peacock, said at one point, “What do we do when the Peacock time window is over, do we go to a Zoom link?” He was kidding but he might well have been serious. And while I’m ranting—as I write this Federer is down a break in the 3rd set of his match against my new least favorite player, Dominik Koepfer—please indulge me a few more gripes.